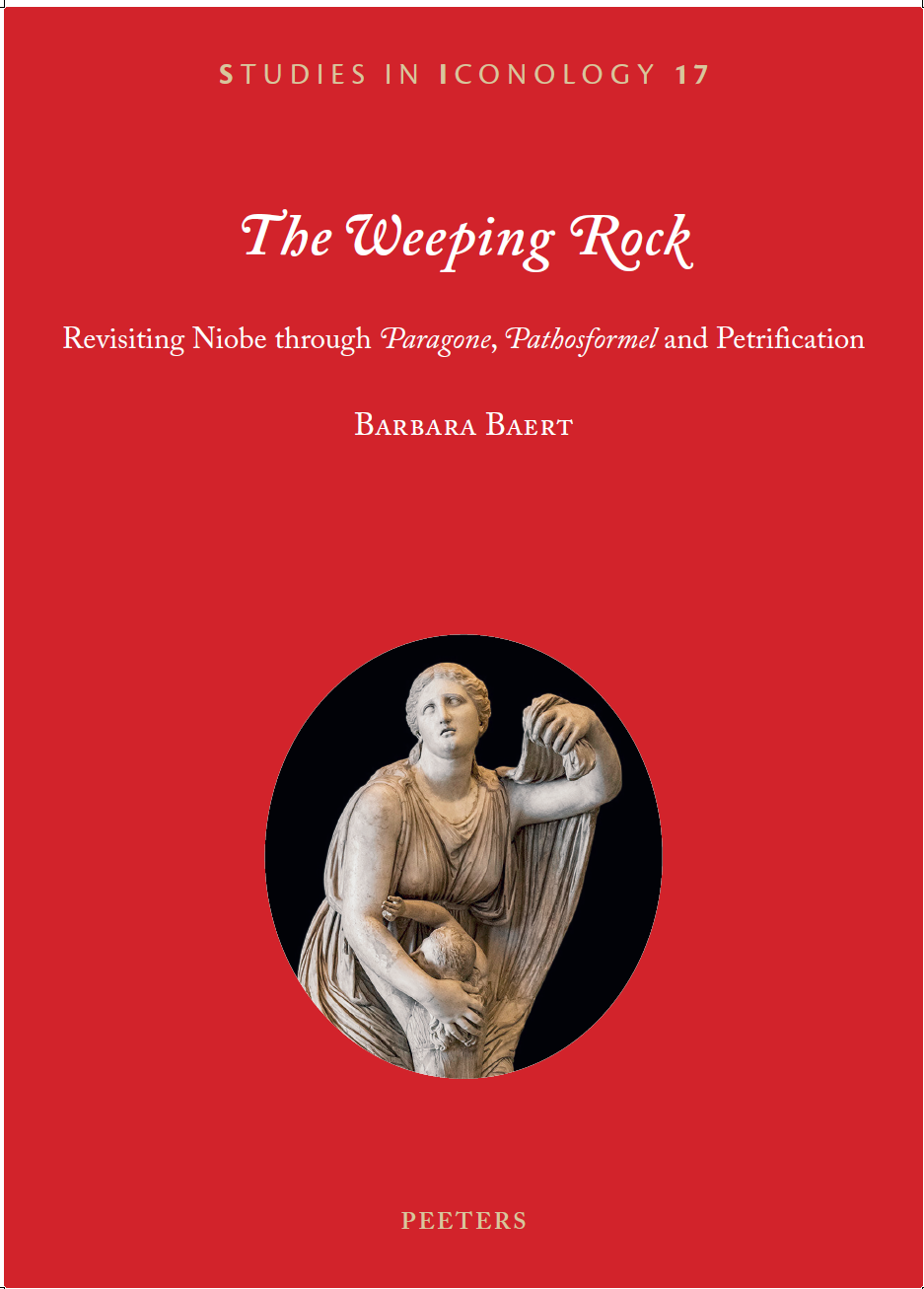 Publius Ovid (43 BC-17/18 AD) describes in his Metamorphoses Niobe’s transformation into a weeping rock. Niobe’s transformation incorporates the form and matter of the medium of sculpture. According to the humanist paragone debate, painting and sculpture struggle to be the medium with the highest qualities of virtuosity. Aby Warburg (1866-1929) refers to the Niobe motif’s Nachleben in his Tafel 5: Beraubte Mutter. (Niobe, Flucht und Schrecken). This displays the images of both the bereaved mother (Niobe) and the murderous mother (Medea). The montage also introduces the theme of the descent to the underworld. It becomes clear how the cluster of motifs around the figure of Niobe - hybris, lamentatio and the chthonic substrate - functions as a direct entry to a bipolar hermeneutics of the visual medium: the ‘historical psychology of human expression’ that navigates between Apollo and Dionysus. The 'weeping rock' that according to legend still stands on Mount Sipylus in Turkey, draws upon deeper anthropological patterns. Petrification indicates inertia, frigidity and a Medusan psychosis of fear. In nature, stones and rocks have a 'slumbering insistence' that can be captivating. Stones are after all visible but impenetrable, they index an irrevocable absence in their presence, and ‘have abode’ in an otherworldly region of utter blindness and silence. From a psychoanalytical perspective, Niobe’s petrifaction symbolises the straitening of her life and the loss of anima within a culture divorced from authentic feeling, nature, and instinct. Here Niobe meets Echo.