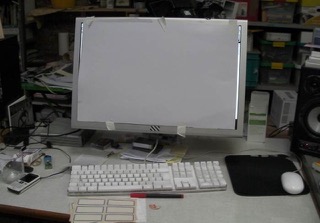 The PhD project FILM SCHOOL TIME researches the relation between attention and distraction in digital, networked times through the making of a film essay within the educational environment of the film department at LUCA School of Arts.

Both school and cinema carry the potential to open the world, to arouse interest though establishing an indeterminate time in which attentive waiting/awaiting attention can materialise. This potential is put to the test when everyday functionality cannot be kept away, when this text message demands to be read and answered right here and now. When interruption — actual or anticipated — is a given at all times.

Cinema seems a fitting place to talk about the classroom since both attention machines share similar apparatuses, and both are currently subject to deep transformations. These shifts take place paralel to other, drastic transitions such as the systemic restructuring of higher arts education and the identity formation of young adults typical of going through bachelor and master studies. The artist-filmmaker considers the school environment as a lab in which he can observe, examine and record this cluster of changes.

This Phd trajectory builds on the artistic practice that Herman Asselberghs has developed in recent years within the international field of the artist’s film. His film works rely on the search for a precise relation between word and image as well as between speaking on and off screen. This research project in the Arts adds another layer by examining the balance between the film and a accompanying written text.