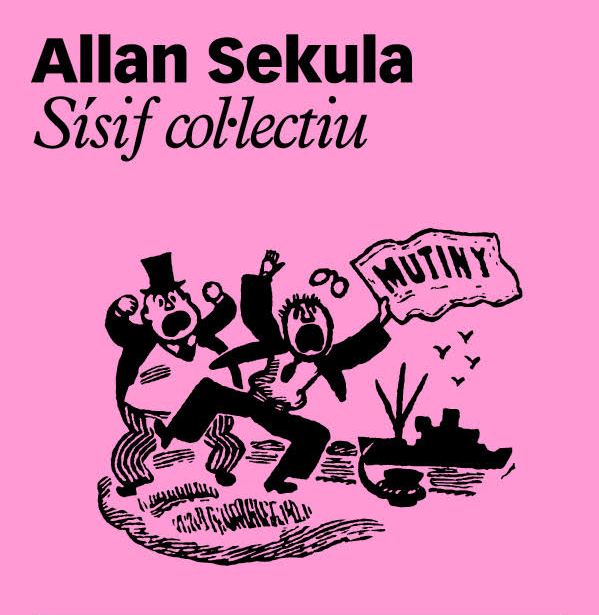 The LGC is proud to present the exhibition "Allan Sekula. Collective Sisyphus," made in collaboration with the Fundació Antoni Tàpies in Barcelona. This exhibition draws a straight line between Fish Story (1989–95), one of his better-known photographic essays, and his last work Ship of Fools / The Dockers’ Museum. Along this line, we find Deep Six / Passer au bleu (1996–98) and the film The Lottery of the Sea (2006). In all of them Sekula laments the loss of the sea – with its connotations of danger and romanticism – thanks to a global economy that favours a connected world. Sekula’s work will be remembered as one of modern photography’s biggest efforts to erect a monument – a far from grandiloquent one – to the cosmopolitan proletariat.

13/06/2017 (19:00):
Opening night (free admission). Lecture by Dr. Sally Stein // "Back to the Drawing Board" // On maritime themes and discursive crosscurrents in the notebooks of Allan Sekula (free admission, reservation: activitats@ftapies.com).

Every Saturday, except in August (17:00):
Guided tours through the exhibitions "Allan Sekula. Collective Sisyphus" and "Antoni Tàpies. Objects." (Free admission with entrance ticket).

11/07/2017 (18:00):
Guided tour to the exhibition "Allan Sekula. Collective Sisyphus" with Carles Guerra for the Friends of the Fundació. (Free admission, reservation: activitats@ftapies.com).

13/09/2017 (18:00):
First event of "Collective Sisyphus. A Cinema Season" (Free admission with entrance ticket): Screening of "The Forgotten Space" by Allan Sekula and Noël Burch (2010). The film follows the container cargo aboard ships, barges, trains and trucks, listening to workers, engineers, planners, politicians and those marginalized by the global transport system. As Sekula says: ‘Our film is about globalisation and the sea, the “forgotten space” of our modernity.’

20/09/2017 (18:00):
Second event of "Collective Sisyphus. A Cinema Season" (Free admission with entrance ticket): Screening of "Tsukiji" by Allan Sekula (2001). Tsukiji is, in the words of the director, an ‘urban symphony’ dedicated to the largest fish market in the world, and one of the last surviving proletarian spaces in Tokyo.

22/09/2017 (18:00):
Third and last event of "Collective Sisyphus. A Cinema Season" (Free admission with entrance ticket): Screening of "A Short Film for Laos" (2006-2007) and "Gala" (2005) by Allan Sekula. Special session coinciding with the Festival of La Mercè 2017. The films will be introduced by Carles Guerra, co-curator of the exhibition and director of the Fundació Antoni Tàpies. After the screening, a Moritz beer will be offered on the terrace.