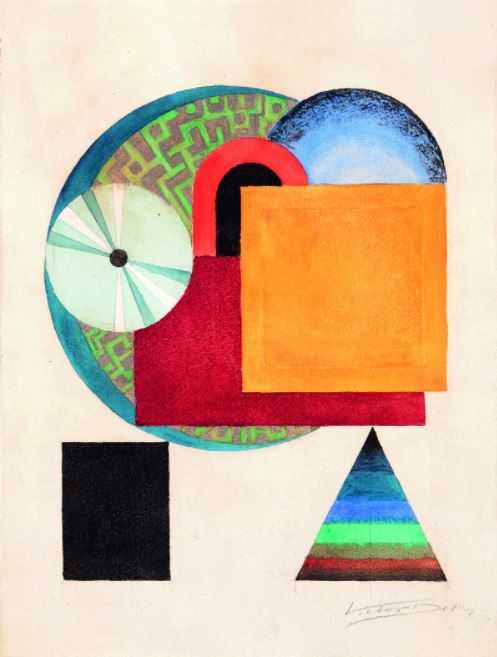 The exhibition Belgium-Argentina: Transatlantic Modernisms, focusses on the artistic connections between Belgium and Argentina in the first half of the 20th century when numerous exchanges took place, driven by migration and travel. The exhibition zooms in on four figures who, each in their own way, connected the art scenes and whose lives and works intersected: Belgian artist Victor Delhez (1902–1985), Argentine art critic and art historian Julio Payró (1899–1971), Argentine collector Ignacio Pirovano (1909–1980) and the Belgian artist Georges Vantongerloo (1886–1965).

Delhez was an engraver who moved to Buenos Aires in 1926, lived and worked in Bolivia and eventually settled down in the province of Mendoza, Argentina. He was part of the Belgian avant-garde, exhibited in the Argentine avant-garde art circuit of Buenos Aires and eventually became a professor of engraving in Mendoza. Payró was an Argentine critic who grew up in Brussels where he studied painting and became a good friend of Belgian artists, including Paul Delvaux, and wrote extensively about Belgian art. Pirovano was an Argentine collector who played a vital role in the dissemination of Georges Vantongerloo’s work and theories in Argentina. His renowned abstract art collection that includes eight unique pieces of Vantongerloo has had a huge impact on the Argentine art scene until today. Although Vantongerloo never visited Argentina, he was in constant contact with Pirovano and Argentine abstract artists during the last decades of his life. Transatlantic Modernisms maps the transatlantic connections of the four figures and discusses their views about aesthetics and their search to express the modernities they were experiencing on each sides of the Atlantic.